Mysterious lava flows on Mars can be mud volcanos

Several cone-shaped formations and lava-like flows on the surface of Mars have puzzled scientists over years. An European research team, suggests that the formations may be after mud volcanoes. Researcher Adriano Mazzini from CEED/GEO has participated in the study, which has got much attention in the international news after the study was published. 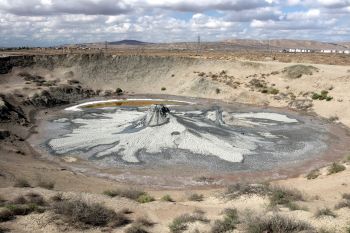 A crater after a collapsed mud volcano in Azerbaijan. Photo: Petr Brož, CAS

The research article in Nature Geoscience is written by a research team from universities in the Czech Republic, the United Kingdom, Norway, France and Germany.

Since the study was published on May 18, several media have written about the findings on the surface of the Earth's neighboring planet. Media news outlets include several articles.

Mysterious Martian landforms made by mud, not lava, BBC ScienceFocus, 23.05.2020.