Introduction from Galland for documentary about vulcanoes; Oslo Pix 2022

The French couple Krafft lived and died for a deeper understanding of the mysteries of volcanoes. The documentary Fire of Love describes their life and work. At the film display in Cinema Vega on 1 September at Oslo Pix, Olivier Galland, researcher at the Department of Geosciences, was invited to introduce the film to the audience. 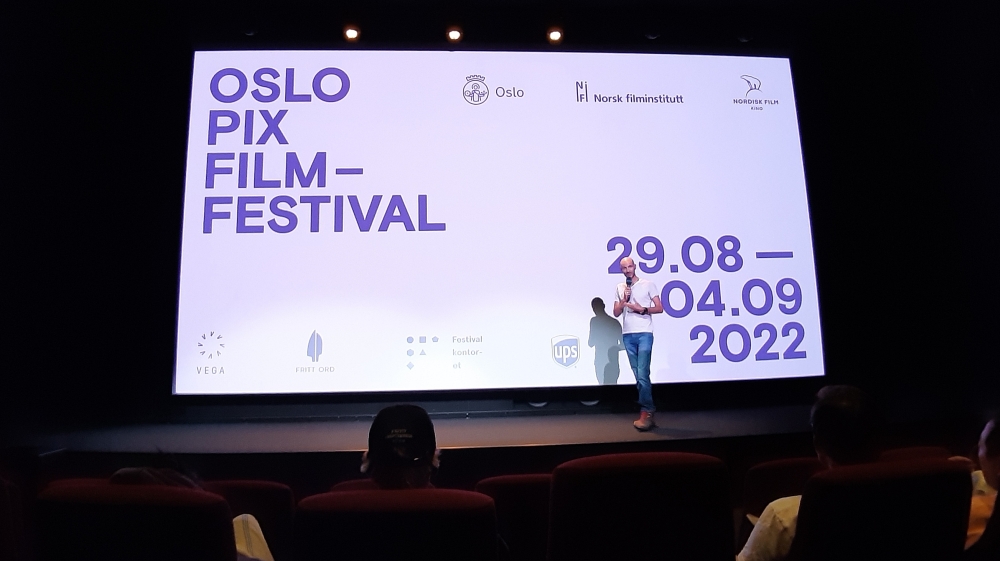 VEGA – Oslo Pix 2022: Olivier Galland, researcher on volcanoes and geologist at the University of Oslo, on stage at VEGA where he introduces the film about Katia and Maurice Krafft and their important work in research into and dangers of volcanic eruptions. Photo: Gunn Kristin Tjoflot

The French couple Katia and Maurice Krafft lived and died for a deeper understanding of the mysteries of volcanoes, both the red ones (flowing lava) and the gray ones (explosive volcanoes). They documented the life-threatening beauty of volcanoes, and inspired researchers in volcanology and geohazards, including Olivier Galland, who is a researcher and expert on volcanoes.

Now 30 years after their tragic deaths, director Sara Dosa, CA/USA has created a documentary about their important work. The film had the premiere at the Sundance festival in 2022. The film shows spectacular footage taken by the couple of lava in all the forms erupting lava can take.

The film was presented at the Oslo Pix Filmfestival.

Fire of Love, information about the film, link to Wikipedia.