Doctoral candidate Dmitrii Zastrozhnov at the Department of Geosciences, Faculty of Mathematics and Natural Sciences, is defending the thesis Regional Structure and basin Development of the mid-Norwegian Volcanic Passive Margin: Anatomy of a Polyphased Rifted System for the degree of Philosophiae Doctor. 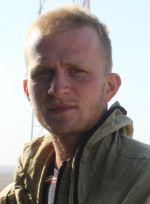 A global perspective on the causes of magmatism at rifted margins

The individualization of the mid-Norwegian volcanic passive margin was initiated 56-55 million years ago as a result of continental breakup and formation of the NE Atlantic Ocean associated with voluminous regional magmatism. This dissertation investigates in detail the pre-breakup crustal configuration, tectonic evolution and sedimentary infill history of the margin. It documents the development of the long, discrete and localized extensional phases, as well as the presence of continental crust below the basins in the outer part. The results of this work are also integrated in the new nomenclature map of the mid-Norwegian margin, which brings a great addition and update to the official map, which is now 25 years old.

Structure and 4D Evolution of the mid-Norwegian Margin

The interior of the Norwegian Sea, or in the regional geological nomenclature “mid-Norwegian passive margin”, contains of about 20% of total oil and gas resources of the Norwegian Continental Shelf. However, the significant potential for additional resources remains hidden in the deep outer parts of the shelf. An extensive data acquisition campaign during last 15 years brings new knowledge regarding the entire mid-Norwegian margin and its outer part in particular. New 2D and 3D seismic surveys, potential field data, as well as new wells are now available for interpretation. This PhD study aimed to compile and jointly interpret this extensive and contemporary dataset to refine timing of tectonic events in the area, configuration and properties of the crust below sedimentary basins, as well as to perform detailed structural mapping along the margin. Another important task was to validate existing crustal models for the mid-Norwegian margin which were suggested before precise data was available and which were often based on “scientific guesses”.

As a result of data analysis, several new structural elements were found and described in the outer and central parts of the mid-Norwegian margin. For example, a set of crustal marginal plateaus below the basins in the outer part was suggested as the most reasonable explanation for the observed structural geometries. This doctoral study shows that the basin provinces of the margin were subjected to discrete and localized Cretaceous-Paleocene rifting events that sequentially migrated westwards until the continental breakup and associated voluminous magmatism took place 56-55 million years ago. The formation and distribution of smaller sedimentary subbasins were controlled by pinch-and-swell deformation mode of deep crustal blocks. In summary, this work highlights the presence of the continental crust in the outer mid-Norwegian margin. That conclusion contrasts with previously published models inspired by the Iberian-type passive margins characterized by total elimination of the crust in the outer parts prior to breakup.

A better understanding of the geological structure and evolution of the basin provinces of the mid-Norwegian margin could guide and facilitate future exploration activities there. That in turn may change considerably the current hydrocarbon resource estimates.

Other photo material: Figure 4D_BCU regional map with description and credit as specified in the article above, size 605px.

Department of Geosciences, University of Oslo
E-mail this page