Doctoral candidate Muhammad Hassaan at the Department of Geosciences, Faculty of Mathematics and Natural Sciences, is defending the thesis Evaporite-influenced rift basins and salt tectonics in the southeastern Norwegian Barents Sea for the degree of Philosophiae Doctor. 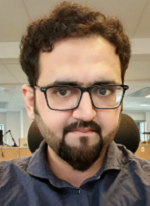 The PhD defence and trial lecture are fully digital and streamed using Zoom. The host of the session will moderate the technicalities while the chair of the defence will moderate the disputation.  A limited number of seats are available in auditorium 1.

A global overview of salt tectonic deformation controls and products and their implications for society, now and in the future

Evaporite-influenced structures and rift basins may hold great volumes of hydrocarbons and commonly offer a range of structural and stratigraphic traps. These qualities give a possible CO2 storage due to the impermeability of the evaporites. This thesis aims to better constrain the link between the basement inheritance, layered evaporite sequence and post-salt basin development. A multidisciplinary approach has been introduced by combining 2D and 3D seismic, well (exploration and shallow boreholes), gravity and magnetic data, together with 3D geometric salt mapping, 2D kinematic structural restoration and 1D backstripping to understand the evaporite-influenced structures and rift basins in the southeastern Norwegian Barents Sea. The study may provide valuable guidelines to understand other evaporite-influenced basins in the Barents Sea and salt-influenced rift basins in a worldwide perspective.

The studies presented in this doctoral thesis add to the understanding of evaporite-influenced structures and rift basins related to basement inheritance, pre-salt basin configuration, layered evaporite sequence (mobile and non-mobile) and post-salt sedimentation.

This thesis has shown that rheological properties, locations, orientation and interaction of inherited structures created zones of weakness that promoted second-order basement segmentation and influenced the development of complex pre-salt basin architecture along with subsequent late Devonian-early Carboniferous and late Carboniferous regional extensional phases. Consequently, the syn-rift to post-rift processes within discrete accommodation space of varying depth and depositional paleo-environment, have influenced the thickness and facies (mobile to non-mobile) of the Pennsylvanian-lower Permian layered evaporite sequence.

In the mid-late Permian, regional extension dominantly activated the Caledonian than the Timanian inheritance that reactivated pre-salt Carboniferous faults, caused minor normal faulting in the Permian strata and triggered slight salt mobilisation towards structural highs. In the earliest Triassic, thick and rapidly prograding sediments sourced from the southeast Urals prograded westward under regional subsidence conditions and accelerated salt mobilisation. The study highlights that the prograding sediment influx direction, the sediment transport velocity and the sediment thickness influenced the dynamics of the early to late passive diapirism, the salt expulsion and the depletion, together with the layered evaporite thickness and facies that were affected by the pre-salt rift architecture.

During the Triassic-Jurassic transition and early-mid Eocene, far-field contractional stresses from the Novaya Zemlya fold-and-thrust belt and transpressional Eurekan/Spitsbergen orogeny respectively rejuvenated the salt structures and domes. Eventually, the Cenozoic uplift eroded post-middle Triassic to Eocene successions over the crest of the rejuvenated salt structures and domes.

Other photo material: Figure with description and credit as specified in the article above, the figure size is 1700px.

Department of Geosciences, University of Oslo

Professor Mads Huuse, Department of Earth and Environmental Sciences, The University of Manchester