Observations of iceflow in the Arctic

In the news: In early November we could read an article about iceflow in the Artic published on the news section for the ESA webpages. It describes the research carried out in the ICEFLOW project with Bas Altena and Andreas Max Kääb, Dept. of Geosciences. 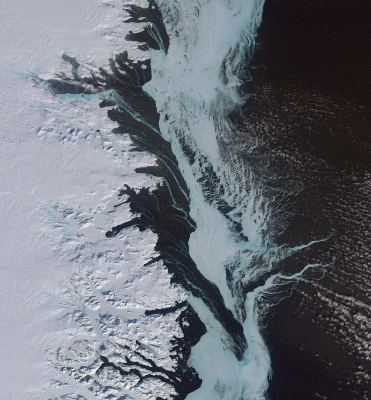 Satellites observe the Earth. Twin satellites in the Copernicus Sentinel satellite family have a large field of view, and can "see" many locations in the High Arctic two or more times per day.

In the research project ICEFLOW researchers from the Department of Geosciences have studied examples of short-term movements occurring due to the atmosphere, short-lived movements happening at the surface, and movements within the ocean.

This research is now described in the ESA-news article.