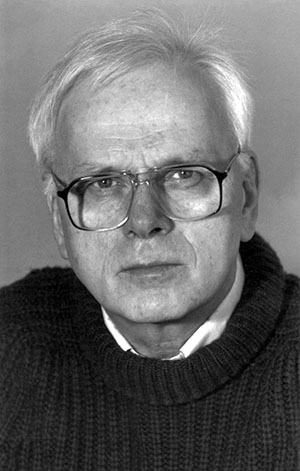 Professor Kristen Nygaard was a Norwegian computer scientist and is considered to be the father of Simula and object-oriented programming, together with Ole-Johan Dahl.

His field was informatics and he won the two most prestigious international prizes specific to that field: The ACM A.M. Turing Award (considered to be the "Nobel Prize of Computing"), in 2001 and the IEEE John von Neumann Medal. He was made Commander of The Order of Saint Olav by the King of Norway in 2000, and received a number of other honors and awards.

With Ole-Johan Dahl, he produced the initial ideas for object-oriented (OO) programming in the 1960s at the Norwegian Computing Center (NR - Norsk Regnesentral) as part of the Simula I (1961-1965) and Simula 67 (1965-1968) simulation programming languages

Nygaard and Dahl were the first to develop the concepts of class, subclass (allowing information hiding), inheritance, dynamic object creation, etc., all important aspects of the OO paradigm. Their work has led to a fundamental change in how software systems are designed and programmed, resulting in reusable, reliable, scalable applications that have streamlined the process of writing software code and facilitated software programming. Current object-oriented programming languages include C++ and Java, both widely used in programming a wide range of applications from large-scale distributed systems to small, personal applications, including personal computers, home entertainment devices, and stand-alone arcade applications.

In Memoriam of Kristen Nygaard