Roux Prize Press release: Professors and siblings Kristin Braa and Jørn Braa, of the University of Oslo, have been awarded the 2020 Roux Prize, a US$100,000 award for turning evidence into health impact. 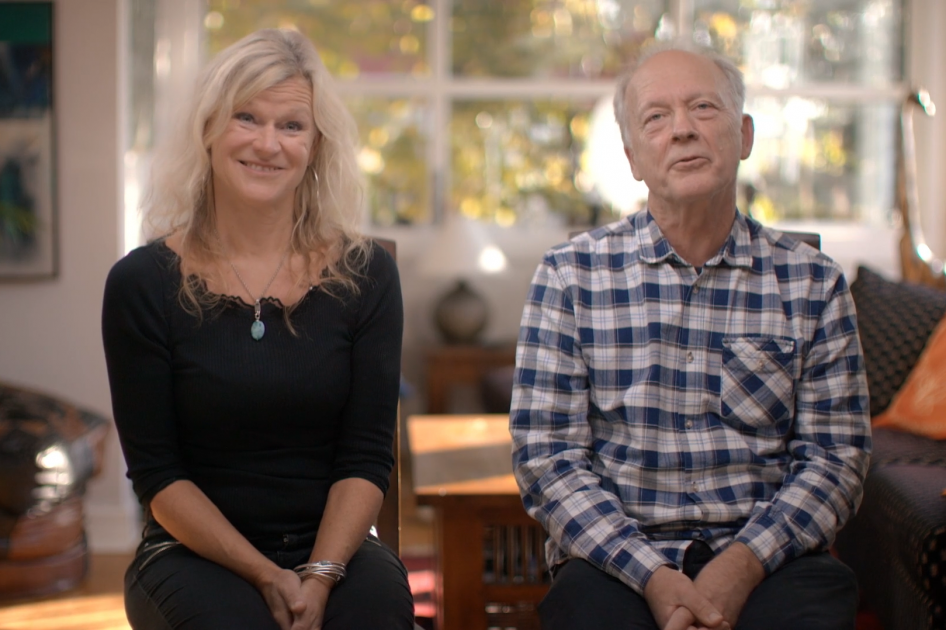 The siblings are recognized for their visionary work in establishing a global system for disease surveillance and health care management. Photo: The Roux Prize.

The siblings created and manage the District Health Information Software 2 (DHIS2), an open-source tool that is now the world’s largest health management information platform. They will be awarded the prize in a virtual ceremony on November 16.

The Roux Prize is administered by the Institute for Health Metrics and Evaluation (IHME) at the University of Washington and is funded by founding board member David Roux and his wife, Barbara. Launched in 2013, it is the world’s largest award for evidence-based public health achievement and has drawn nominations from across the globe.

The DHIS2 project began in post-apartheid South Africa, where equity in health care was a primary goal for President Nelson Mandela’s government. But in order to measure success, the health ministry needed data. Working with Arthur Heywood, Calle Hedberg and other collaborators in South Africa, Jørn initiated the creation of software to track health data across the country, giving government officials a picture of health at the district level and allowing them to make crucial decisions about where to target resources. Noticing the benefits of using the DHIS2 platform in South Africa, other nations adopted it as well. In 2009, Kristin joined the team, running the Health Information Systems Program (HISP) at UiO Department of Informatics that manages DHIS2.

“From the beginning, this project has been rooted in participatory design and the goal of empowering local health systems to use data for decision-making,” said Jørn. “It has always been, and will continue to be, a collaboration.”

The platform is now the primary tool for health data collection and analysis in nearly 70 countries. It covers 2.4 billion people and is recognized as a global public good by the World Health Organization. Major global health actors, such as PEPFAR, Doctors Without Borders (MSF), the Red Cross, and Population Services International (PSI) use the platform in more than 100 countries. Within two days of the first COVID-19 case in Sri Lanka, the Ministry of Health was able to configure an app to trace the disease at ports of entry using the DHIS2 system. In March, in collaboration with WHO, four packages were launched to help nations use DHIS2 to track COVID-19.

The DHIS2 platform prioritizes accessibility, especially for those in low-resource settings. The software enables users to create data visualizations, analyze the data, and share information, and a phone application allows use of the platform in remote areas, even without access to the internet.

“The community around DHIS2 has grown tremendously, and it’s very important to us to continue nurturing that community and making it possible for more people to not only use the platform, but participate in its evolution,” said Kristin.

The University of Oslo serves as the community hub for developers and implementers of DHIS2. The Health Information Systems Program at the university is a global action research network that provides year-round direct support to institutions and organizations implementing the platform. In 2017, HISP launched an online academy that has to date trained 10,500 students from 102 countries on the fundamentals of the software, at no cost.

“We cannot overstate the importance of good heath data,” said Dr. Christopher Murray, director of IHME. “The work that Kristin and Jørn have done is a vital contribution to the work of improving health worldwide.”

“It is important to recognize the people who are delivering core technology infrastructure and making frontline contributions to improving health,” said Dave Roux, co-founder of the Roux Prize. “The Braas’ achievements are truly extraordinary, and their work epitomizes the values of the prize – using data in visionary ways to improve health for millions of people around the world.”

The Roux Prize is intended for anyone who has applied health data and evidence in innovative ways to improve population health. Nominees may come from anywhere in the world and could include, but are not limited to, staff in government agencies, researchers at academic institutions, volunteers in charitable organizations, or health providers working in the community.

Nominations for next year’s prize are due January 31, 2021, and the winner will be celebrated in a ceremony later in 2021. Details on the nomination process for the Roux Prize are available at www.rouxprize.org. Nominations and questions about the prize can be sent to info@rouxprize.org or mailed to:

The Institute for Health Metrics and Evaluation (IHME) is an independent global health research organization at the University of Washington that provides rigorous and comparable measurement of the world’s most important health problems and evaluates the strategies used to address them. IHME makes this information widely available so that policymakers have the evidence they need to make informed decisions about how to allocate resources to best improve population health.