Researcher Shahin Jafarzadeh's and PhD candidate Henrik Eklund's articles on the project "ALMA – The key to the Sun’s coronal heating problem" have been accepted for publication. 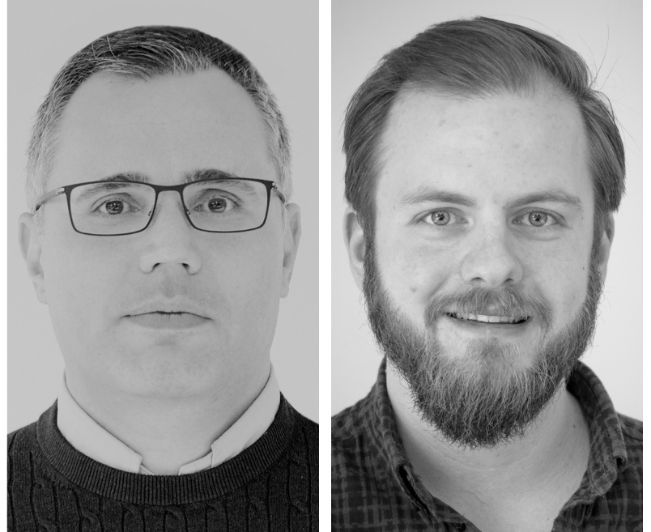 Their work is a step towards understanding the outer layers of the solar atmosphere with possible contributions to solving the coronal heating problem.

We analyzed ALMA Band 3 data (∼ 3 mm / 100 GHz) with a spatial resolution of ∼ 1.4 – 2.1 arcsec and a duration of ∼ 40 min together with SDO/HMI magnetograms, to make a detailed systematic assessment of the occurrence and properties of small-scale dynamical features in the quiet Sun.

The temporal evolution of the mm maps is studied with the aim to detect pronounced dynamical features, which then are connected to dynamical events via a k-means clustering algorithm.

We studied the physical properties of the resulting events and explored whether or not they show properties consistent with propagating shock waves.

For this purpose, we calculated observable shock wave signatures at mm wavelengths from one- and three-dimensional model atmospheres.

There are a lot of small-scale dynamic structures detected in the Band 3 data, even though the spatial resolution sets limitations on the size and strength of the events that can be detected. We detect 552 dynamical events with an excess in brightness temperature (∆Tb) of at least ≥ 400 K. The events show a large variety in size up to ∼ 9′′ , amplitude ∆Tb up to ∼ 1200 K with typical values in the range ∼ 450 – 750 K, and lifetime at full width at half maximum (FWHM) of ∆Tb of between ∼ 43 and 360 s, with typical values between ∼ 55 and 125 s. Many of the events show signature properties suggesting that they are likely produced by propagating shock waves.

The number of dynamic signatures in the ALMA mm data is very low in areas with photospheric footpoints with stronger magnetic fields, which is consistent with the expectation for propagating shock waves.

2. An overall view of temperature oscillations in the solar chromosphere with ALMA

Journal: Philosophical Transactions of the Royal Society A

By indirect measurements of the gas temperature, the Atacama Large Millimeter/sub-millimeter Array (ALMA) has yielded a new diagnostic tool to study the solar chromosphere. Here we present an overview of the brightness-temperature ﬂuctuations from several high-quality and high-temporal-resolution (i.e., 1 and 2 sec cadence) time series of images obtained during the ﬁrst two years of solar observations with ALMA, in Band 3 and Band 6, centred at around 3 mm (100 GHz) and 1.25 mm (239 GHz), respectively.

We ﬁnd that the observed frequencies signiﬁcantly vary from one dataset to another, which is discussed in terms of the solar regions captured by the observations (i.e., linked to their underlying magnetic topology). While the presence of enhanced power within the frequency range 3 − 5 mHz is found for the most magnetically quiescent datasets, lower frequencies dominate when there is signiﬁcant inﬂuence from strong underlying magnetic ﬁeld concentrations (present inside and/or in the immediate vicinity of the observed ﬁeld of view).

We discuss here a number of reasons which could possibly contribute to the power suppression at around 5.5 mHz in the ALMA observations. However, it remains unclear how other chromospheric diagnostics (with an exception of Hα line-core intensity) are unaffected by similar effects, i.e., they show very pronounced 3-min oscillations dominating the dynamics of the chromosphere, whereas only a very small fraction of all the pixels in the ten ALMA data sets analysed here show peak power near 5.5 mHz.

The SolarALMA project is funded by the European Research Council.

They utilize the first observations of the Sun with the Atacama Large Millimeter/submillimeter Array (ALMA).