Heating of the solar atmosphere (i.e., the chromosphere, the transition region, and the corona) has been a much-debated topic in solar physics for many decades. Seven researchers and scientists at RoCS - Rosseland Centre for Solar Physics, UiO, comes up with some answers in a worldwide cooperation. 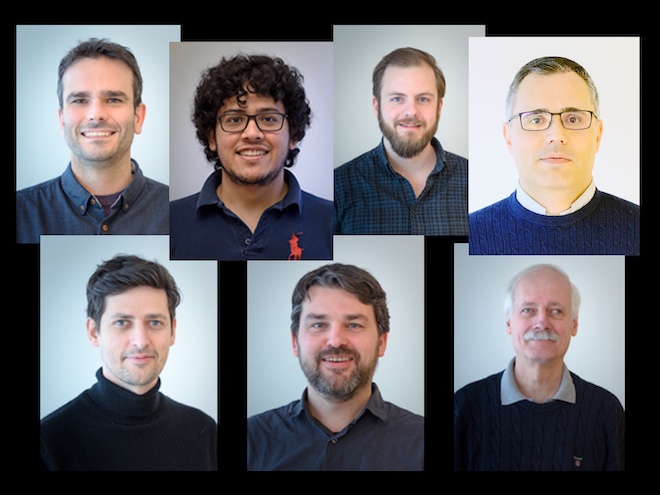 The magnetic and convective nature of the Sun's photosphere provides a unique platform from which generated waves can be modelled, observed, and interpreted across a wide breadth of spatial and temporal scales. As oscillations are generated insitu or emerge through the photospheric layers, the interplay between the rapidly evolving densities, temperatures, and magnetic field strengths provides dynamic evolution of the embedded wave modes as they propagate into the tenuous solar chromosphere.

says Shahin Jafarzadeh of RoCS - Rosseland Centre for Solar Physics (and a team member of the WaLSA team) to paint the background for where the science stands.

The seven scientists at RoCS are contributors to the publication "High-resolution wave dynamics in the lower solar atmosphere", a special issue of the "Philosophical Transactions of the Royal Society A", published by the WaLSA Team. The Special Issue comprises 15 cutting-edge research articles, by 55 unique authors spanning 34 research institutes worldwide.

Research on the wave dynamics in the solar atmosphere has highly been dominated by those in the corona. Here, we have formed a focused science team, of world-leading experts, to address current challenges faced in the wave studies in the lower solar atmosphere

Links to the Special Issue and to the articles on ADS.

The 15 cutting-edge research articles in this special issue represent the success of the WaLSA team's collaborative research efforts, thanks to all the 55 scientists involved.

says Shahin Jafarzadeh, one of the coordinators of the WaLSA team.

The Waves in the Lower Solar Atmosphere - WaLSA team - was initially supported by the Rosseland Center for Solar Physics (RoCS) at the University of Oslo (through funding from the Research Council of Norway). In the following, funding was provided by The Royal Society’s Hooke Committee, through the award of a Theo Murphy Meeting that would take place at Chicheley Hall, England, UK, during 10 − 11 February 2020.