A new understanding of the bright points in the solar corona 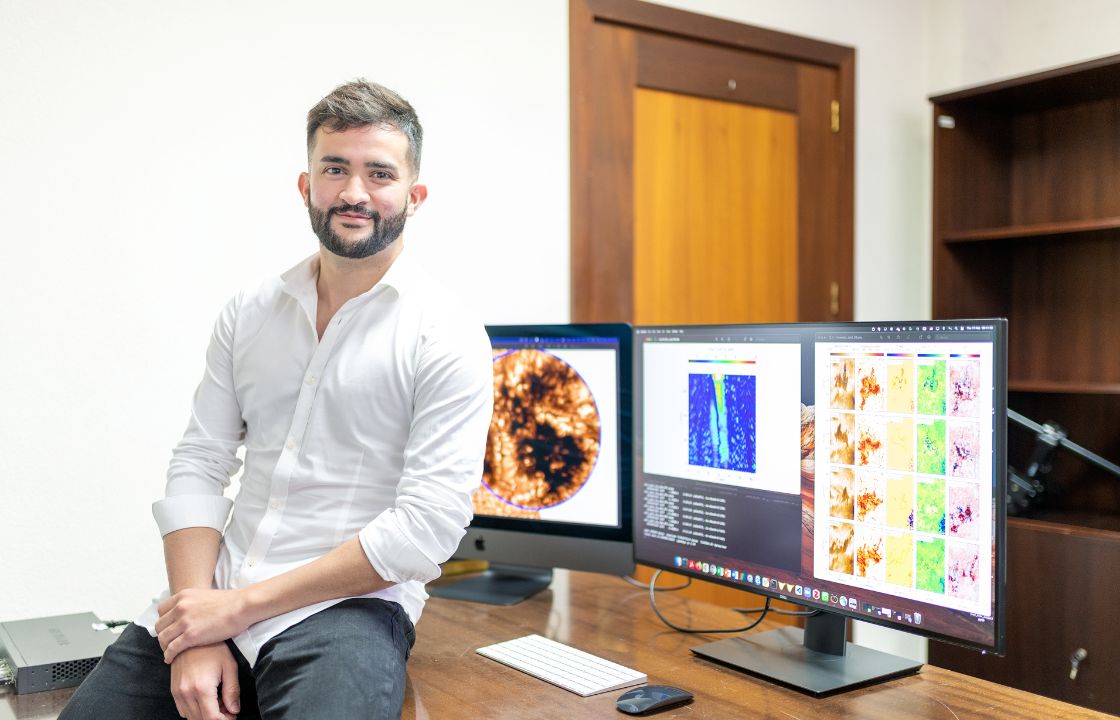 Daniel Nóbrega Siverio developed his early career at RoCS as a postdoctoral researcher and he is still connected to RoCS as a guest researcher. He now works at the Instituto de Astrofísica de Canarias (IAC) in Tenerife with Fernando Moreno Insertis, coauthor on this breakthrough. Photo: Private

The two researchers were able to explain how Coronal Bright Points, one of the most abundant structures in the solar atmosphere, can form and acquire energy through the action of solar granulation.

Nóbrega Siverio explains that when the Sun is observed at extreme-ultraviolet or X-ray wavelengths, its atmosphere can be seen full of bright points regardless the activity of the Sun.

These bright structures, known as Coronal Bright Points (CBPs), are sets of magnetic loops that emit enormous amounts of energy for hours and even days.

So far, the existing CBP models have been very idealized, missing crucial aspects of the physics of the Sun such as the energization of the magnetic structures by means of the solar granules,

Towards a realistic model

In a paper recently published in the prestigious journal The Astrophysical Journal Letters, Daniel Nóbrega Siverio and Fernando Moreno Insertis study the CBPs using a state-of-the-art numerical code developed at the Institute of Theoretical Astrophysics of Oslo: the Bifrost code. Bifrost allows them to model the Sun with the necessary realism to include convective and radiative processes that fundamentally influence the heating of the solar atmosphere.

Daniel Nóbrega Siverio and Fernando Moreno Insertis show for the first time that the action of solar granulation on a magnetic topology of the type expected in many CBPs gives rise to hot and bright loops similarly to the observations.

We were able to explain different features observed with solar space missions for decades,

The article also includes predictions about the cold regions underneath a CBP and its small-scale structure that have not yet been approached from an observational point of view.

- These predictions will require very high-resolution data such as those from the Swedish 1-m Solar Telescope (SST, in La Palma) and the recent Solar Orbiter space mission, in order to be confirmed, says Nóbrega Siverio.

Their work has required thousands of hours of calculation in two of the most advanced supercomputing facilities in the world: Betzy (in Norway) and MareNostrum (in Spain). The work is also included within the "Whole Sun" project, a program funded by the European Research Council, in which both the IAC and RoCS form part along with three other European institutions.