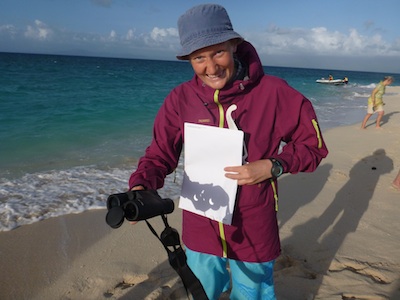 From July 1st 2013, Signe is a post doc researcher at the Institute of Theoretical Astrophysics, University of Oslo.

– What are you trying to find out with your research?

– I'm trying to figure out what the Universe is made of. We have a pretty good theory for particle physics, but it doesn't explain most of the stuff we observe in the Universe, Signe says.

– It doesn't contain any explanation for the dark matter or the dark energy. And the smallest particles, the neutrinos, are not very accurately described either. For example, we don't know their mass.

The Universe as an experiment

At the moment Signe mainly works on the neutrino aspect. But instead of using particle accelerators or underground laboratories, she uses the biggest experiment of them all: the entire Universe.

– The Universe as an experiment?

– Yes. The properties of the neutrinos are encoded in the galaxy distribution and chemical abundances that we measure today. I've been using a three dimensional galaxy map to weigh the neutrinos and put a limit on their mass that's ten times better that the laboratory results.

– I also love to tell people about the Universe, Signe goes on.

– I enjoy writing popular scientific articles, give popular talks or participate in outreach events. I have written for the Danish popular science magazine Kvant. ln the photo above, I'm explaining what is happening during a solar eclipse on a tiny patch of sand in the middle of Great Barrier Reef.

– Where did you work before coming to Oslo?

– I worked at University of Queensland in Australia, and despite good surfing and diving, I did miss the winters of Northern Europe.