LiteBIRD is a CMB polarization satellite experiment  sceduled to be launched in the late 2020s. In May 2019 LiteBIRD was chosen by ISAS, JAXA as its next strategic large mission.

The main goal is to measure or constrain large-scale primordial gravitational waves and B-modes in the CMB, and thereby constrain theories of inflation in the early universe. 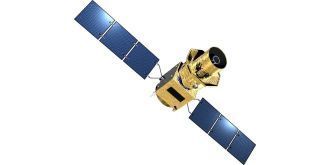 At the ITA, the LiteBIRD group works on both astrophysical forecasts as well as pipeline development for data analysis. We work on simulated data to produce estimates of LiteBIRD's capabilities, as well as preparing analysis software for during and after the satellite mission in the late 2020s.

The Norwegian participation in LiteBIRD is funded by the Research Council of Norway through the ROMFORSK program.

LiteBIRD is primary a JAXA (the Japan Aerospace Exploration Agency) experiment, with proposed support from NASA, CSA, ESA and European national agencies. University of Oslo takes part in the LiteBIRD Joint Study Group on foregrounds as external collaborators, and are represented in the European Steering Committee and the Interim Governance Board.