A research stay in paradise - by Thea Hatlen Heimdal 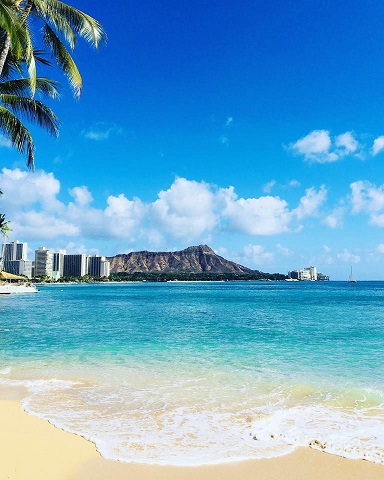 As a part of the «Earth Crises» group at the Centre for Earth Evolution and Dynamics (CEED) I am interested in biotic and climatic crises of the past. For my PhD project I study the relationship between Large Igneous Provinces (LIPs), mass extinctions and climate change. My focus is on the Central Atlantic Magmatic Province (CAMP), a vast LIP that developed around 201 million years ago. Around the same time as CAMP was emplaced, one of the greatest mass extinctions during Earth history occurred (the end-Triassic extinction) and temperatures increased considerably. End-Triassic sedimentary records indicate major perturbations of the carbon cycle, recording increased concentrations of atmospheric CO2 and negative carbon isotope excursions attesting to input of isotopically light carbon.

An intrinsic part of the intrusive complex of CAMP is located in sedimentary basins in northern Brazil as sills. During the emplacement of the Brazilian sills, contact metamorphism of the sedimentary rocks led to the generation of carbon-gases (e.g. CO2), which were likely released to the atmosphere and contributed to the end-Triassic mass extinction. I wanted to know what effect such gases might have had on the carbon cycle in the late Triassic if released to the atmosphere and oceans. Thanks to the DEEP research-stay grant I had the opportunity to learn how to use a carbon-cycle model termed LOSCAR (long-term ocean-atmosphere-sediment carbon cycle reservoir model), which was developed by Professor Richard E. Zeebe at the University of Hawaii. During the fall/winter of 2017, I spent almost four months on the Hawaiian island Oahu. The research stay in Hawaii was a great experience as I gained new knowledge and skills which will be very valuable for my PhD Project.

In between the modelling sessions, I had the opportunity to experience Hawaiian geology and nature, including lava flows, beautiful sunsets, and of course the beaches! I wish to thank DEEP for this great experience – mahalo!