RIMFAX has joint operation between i.a. researchers at UiO and UCLA, and therefore I wanted to spend some months collaborating with the US side of the payload team 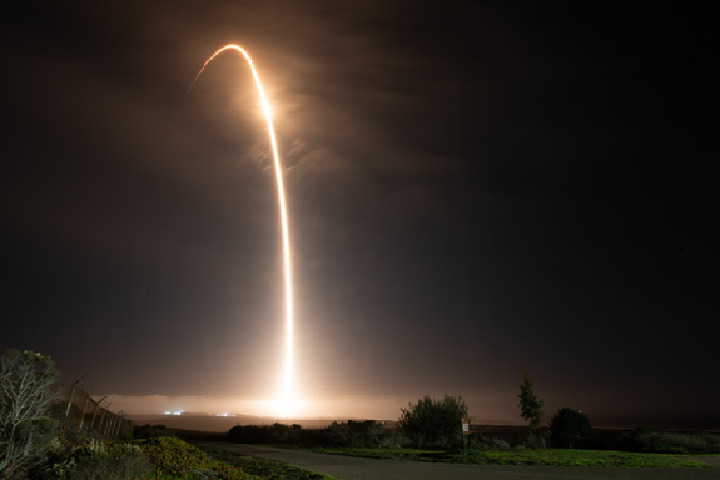 DEEP research school was very helpful to found parts of my research stay at UCLA. After having been delayed from the summer of 2020 due to the pandemic, everything was finally ready for departure in July 2021 and for me to spend the following autumn in California. I’m a PhD student at the Dept. of Technology Systems at UiO, working on the RIMFAX payload instrument aboard NASA’s most recent Mars exploration spacecraft, the Perseverance rover. RIMFAX has joint operation between i.a. researchers at UiO and UCLA, and therefore I wanted to spend some months collaborating with the US side of the payload team.

During the stay, we worked on analysing data and preparing the first results from acquisition on Mars, as well as taking part in the spacecraft operation. For anyone interested, an interactive map can be accessed online showing where the rover has been driving and investigated the Martian geology: https://mars.nasa.gov/mars2020/mission/where-is-the-rover/

The pandemic with social distancing and remote work was still dominating very much work life in California, with this being the first semester at UCLA with in-person activity and students coming back to campus. Nevertheless, our research group at UCLA had an active in-person presence. Other partner institutions, however, had cancelled in-person activity for non-essential personnel, as NASA’s Jet Propulsion Laboratory that manages the Mars mission. Therefore, scientific discussions and spacecraft operation were mostly done in-person at UCLA, where we collectively attended larger external, virtual meetings. Even with restrictions due to the pandemic, I personally appreciated to be in the US and work during normal office hours, instead of working US time during late evenings in Norway. We initially also had plans of instrument field tests in the Californian national parks, but due to the pandemic and a large amount of wildfires, unfortunately it turned out not to be feasible to go through with.

As documenting the research stay with photos of me sitting in front of my computer would be rather unengaging, I have chosen to instead share some of my off-campus but science-related activities. Just North of LA is a small town named Lompoc, hosting Vandenberg Air Force Base and the headquarters of the US Space Force, where they on a regular basis launch rockets for Earth orbit satellites as well as interplanetary spacecraft. With suitable weather conditions, launches with the commonly SW-trajectory can be seen by the naked eye as far south as San Diego. Three launches I was very content to have witnessed was the launch of NASA’s planetary defense mission DART, NASA’s Earth observation satellite Landsat 9, and the maiden voyage of the Firefly Alpha carrier rocket by Firefly Aerospace.

Thankfully, the two NASA missions launched successfully, though Firefly Aerospace’s test flight unfortunately exploded two and a half minutes after lift-off and left a big smoke cloud hanging in the clear Californian sky. If anyone would be interested in some “dos and don’ts” for seeing such launches, feel free to contact me and I would be happy to share my experiences.

After ended stay, just when I was about to head home in December, UCLA announced that the beginning of 2022 would be remote attendance only due to the new strain and surge in Covid-cases. So I am very content that I managed to stay in California for the few months when in-person activity was permitted.