Professor in Petrology and Structural geology,University of Praha 2, Czech Republic 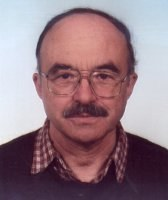 Anisotropy of Magnetic Susceptibility (AMS) has become a unique method to investigate preferred orientation of magnetic minerals, called the magnetic fabric, in different varieties of metamorphic, sedimentary and igneous rocks, because it can be measured with sufficient precision in virtually all rock types. In addition, this technique is extremely fast, an order of magnitude faster than classical methods of structural analysis. The magnetic fabric develops during various geological processes, such as by water flow in sediments, by lava or magma flow in volcanic and plutonic rocks, or by ductile deformation in metamorphic rocks, and in turn, these processes can be assessed from it.

The AMS in sedimentary rocks provides information on the deposition and compaction processes. In natural sedimentary rocks unaffected by later deformation, the relationship between the magnetic foliation and lineation and the sedimentary external structures (sole markings, flute casts, groove casts) and internal structures (cross-bedding, current-ripple lamination, symmetric and asymmetric ripples) is primarily investigated. During the process of diagenesis, the originally sedimentary magnetic fabric may be slightly modified due to ductile deformation accompanying this process.