How plate tectonics was started and what controls its evolution?

From GFZ, Potsdam and University of Potsdam 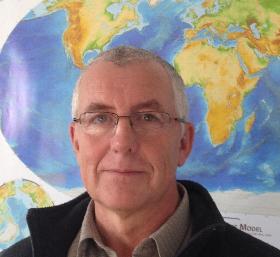 The questions of how plate tectonics (PT) was initiated and which factors control its evolution over Earth’s history are widely discussed, but remain controversial. It is broadly accepted that the necessary condition for initiation and stable operation of PT is maintaining low strength along plate boundaries, particularly along the subduction zone interfaces, i.e. in the subduction channels. Examples from the South American Andes and other subduction zones show that unconsolidated continental sediments filling the trenches serve as an efficient lubricant for subduction and if these are lacking, friction in the subduction channel and strength of the plate boundary is significantly increased. I suggest that lubrication of subduction shear zone by accumulation of continental sediments in the trench played a crucial role during the evolution of PT on Earth since the mid-Mesoarchean. Rising orogens and enhanced surface erosion caused increasing flux of continental sediments into the oceans, which in turn lubricated subduction channels and intensified PT. Thus, peaks in orogenesis, as confirmed by several proxies, during periods of supercraton/supercontinent assembly represent periods of intense subduction and continental sedimentation in trenches prior to terminal collision. Conversely, a decrease in plate boundary length and a reduction in continental sediment accumulation in trenches during periods of stability after supercraton/supercontinent assembly was the likely reason for periods of PT hiatus, including the so called ‘boring billion’ between 1.8 and 0.8 Ga.
I will also discuss the problem of initiation of PT in early Earth and will present arguments that establishment of global PT was preceded by transition period of sporadic regional subductions lasted from ca 3.5 Ga to 3 Ga.