From Earth and Environmental Sciences and Department of Physics and Astronomy, University of Rochester, USA 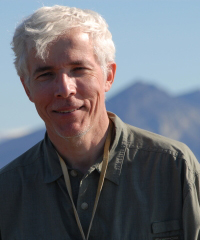 The geodynamo plays a key role in protecting Earth’s hydrosphere, vital for life as we know it, from loss due to the erosive potential of  the solar wind. Yet the current debate about core thermal conductivity challenges the long held notion of an early geodynamo powered by thermal convection. Paleomagnetism, utilizing the single silicate crystal approach and a new generation of ultra‐sensitive magnetometers, defines a relatively strong field some 3.45 billion years ago (the Paleoarchean), but with a reduced standoff of the solar wind to 5 Earth radii, implying the potential for some atmospheric loss. Our efforts to test the presence/absence of a terrestrial dynamo and magnetic shielding for Eoarchean to Hadean times, based on the study of single zircons, provide evidence of the field at ages as old as 4.2 billion years ago. However, for intervals >100,000 years long, magnetopause standoff distances may have reached 3 to 4 Earth radii or less. The apparent continuity of the geodynamo since its inception, which probably occurred shortly after the lunar-­forming impact, may have been possible due to an early phase of chemically-­driven core convection.This continuity, and an early robust water inventory, were crucial ingredients for Earth’s long-­term habitability.