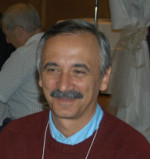 Close planetary encounters play an important role in the evolution of the orbits of small Solar System bodies and are usually studied with the help of numerical integrations.  However, close encounters can also be studied in the framework of an analytic theory; the latter focuses on the so-called b-plane, which is the plane centred on the planet and perpendicular to the planetocentric velocity at infinity of the small body.  The analytic theory allows to identify certain regions on the b-plane such that, if the small body passes through them, the post- encounter orbit will have some pre-defined feature (e.g., a given inclination).  The contours of these b-plane regions can be translated into pre-encounter orbital elements; this, in turn, allows to compute the probability of transition to these post-encounter states.