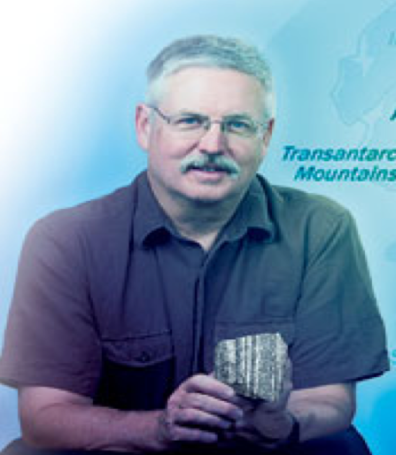 A fundamental principle of Earth’s geochemical evolution holds that continental crust is formed by extraction of melts from the mantle, leaving part of the mantle depleted in incompatible elements. The Sm-Nd and Lu-Hf isotope systems have long been used to show that this process has been an essential feature of the Earth throughout its history, but the details of this process in the early Earth—and its implications for addressing questions about mechanisms, timing, and volumes of mantle depletion and crustal production—remain hotly debated. This has led to two very different schools of thought on crustal growth: the first posits that continental crust never existed in any appreciable volume in the early Earth and that crustal growth did not begin in earnest until the Paleoarchean; the other holds that early crust was abundant but has been effectively recycled back into the mantle. This debate endures partly due to the paucity of Archean rocks older than 3.5 Ga available to test these models, and because the rocks that remain typically preserve complex geologic histories. Complexities are often manifest in the whole rock Nd and Hf isotope records where analyses of samples with mixed age and isotope compositions, poor age constraints, and/or open-system behavior, can lead to isotopic artefacts rather than a robust signature of the terrestrial reservoir from which the rock was derived. Exploitation of the zircon Hf isotope record provides the best prospect for unraveling the isotope record of the early Earth, with caveat that even zircon has its limitations, including complex zoning and Pb loss.

The best-constrained Hf isotope data from magmatic zircons (i.e. unambiguous age constraints and uncompromised by multiple components) illustrates a surprisingly simple Hf isotope evolution for the Earth with the development and growth of the depleted mantle beginning at about 3.8 Ga. In this dataset, the most radiogenic Hf isotope compositions are near chondritic from 4.5 to ~ 3.8 Ga and define a nearly linear evolution beginning from EHf = 0 at 3.8 Ga to EHf ~ +16 at present (Fig. 1). Most significantly, we find no evidence for widespread mantle depletion—a hallmark of voluminous crustal production—from the oldest samples.

Clearly, there was formation of some zircon-bearing crust in the Hadean as evidenced by the Jack Hills zircons [e.g., 2, 3] and the oldest Acasta gneisses [e.g., 4-5]. Based on the Hf isotope record, however, > 3.8 Ga crust was likely small in volume and/or was effectively recycled back into the mantle and did not result in its widespread depletion.  The onset of this mantle depletion at ~ 3.8 Ga likely coincided with the formation of stable continental crust (and cratons) and may signal a change in Earth’s dynamics from a vertical tectonic regime to a more horizontal (rigid plate) tectonic regime that is characteristic of modern-day Earth. 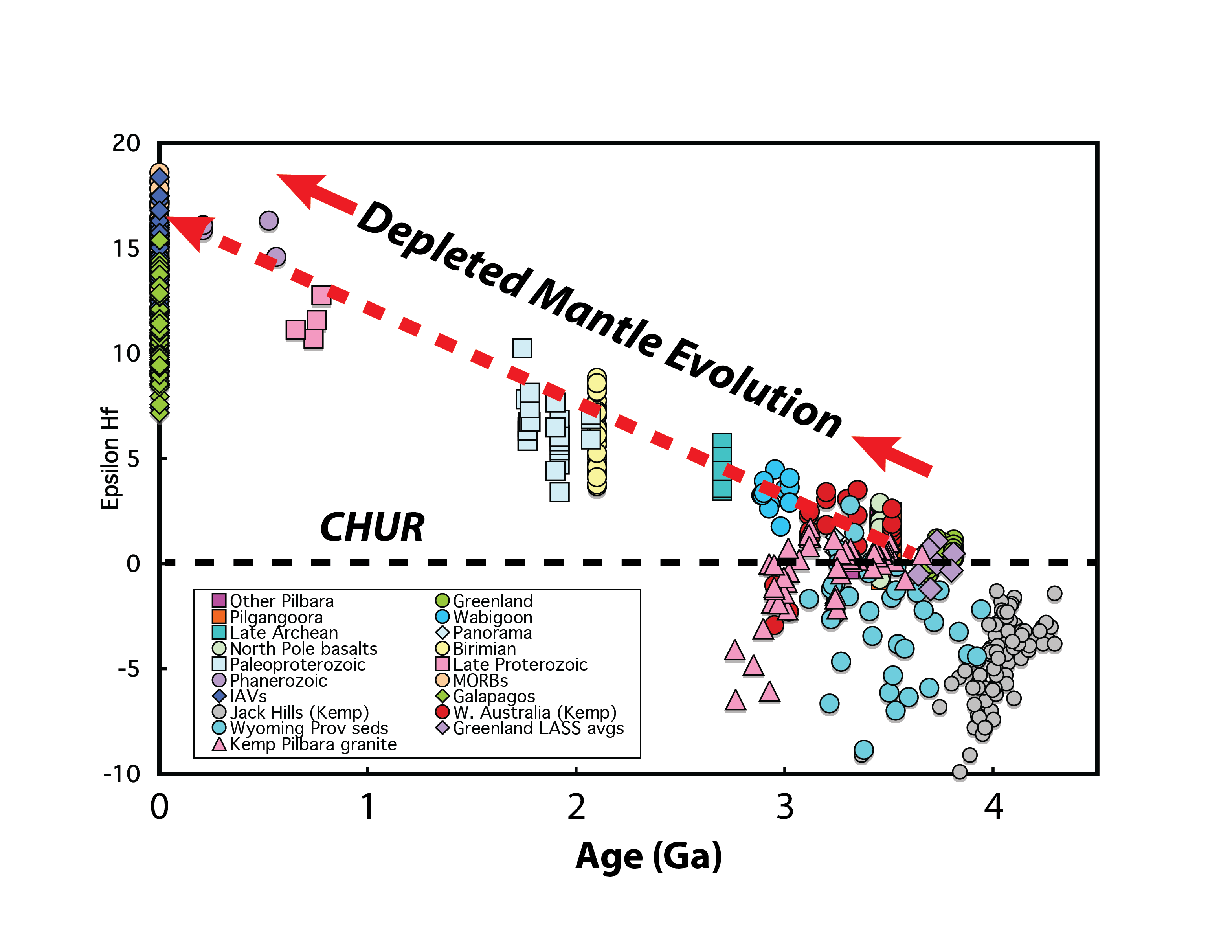