The cool and distant formation of Mars 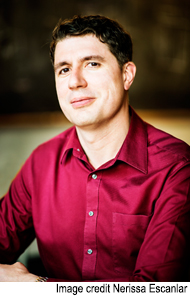 With approximately one ninth of Earth’s mass, Mars is widely considered to be a stranded planetary embryo that never became a fully-grown planet. A currently popular planet formation theory predicts that Mars formed near Earth and Venus and was subsequently scattered outwards to its present location. In such a scenario, the compositions of the three planets are expected to be similar to each other. However, bulk elemental and isotopic data for martian meteorites demonstrate that key aspects of Mars’ composition
are markedly different from that of Earth. This suggests that Mars formed outside of the terrestrial feeding zone during primary accretion. I will speak about an uncommon  pathway that may form and keep Mars outside of Earth's feeding zone and discuss implications for such a distant formation.