Intrusive or extrusive mafic magma, what is more important for triggering mass extinctions? A case study from the Central Atlantic Magmatic Province (CAMP)

From University of Geneva, Genève 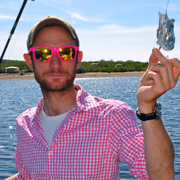 Large igneous provinces (LIPs) are anomalously large volumes of dominantly mafic magma, erupted and intruded into the upper crust over short time scales.  The origin of these provinces is unclear, and is likely to be specific to each event as there is no clear relationship between normal plate tectonic processes and the occurrence of LIPs.  Despite ambivalent plate tectonic connection, there is a striking correlation between the timing of LIPs and mass extinctions on earth.  However, establishing the relationship between these two is quite complicated since mass extinctions are typically recognised in the marine record, and LIPs are usually terrestrially emplaced.  Also, in some cases, plate tectonic processes may have dispersed LIP events over different continents making reconstructing their size and potential climatic impact difficult.

High precision geochronology of LIPs is essential to prove the causal relationship with mass extinctions; however, the mafic nature of the rocks makes geochronology quite difficult.  39Ar-40Ar is the most commonly used tool, although the anorthite rich feldspars are low in K leading to imprecise ages.  Here we apply a different approach, U-Pb dating of extremely small zircon (ZrSiO4) and baddeleyite (ZrO2) crystals, which, with great care, can be separated from some of these rocks.  We then apply U-Pb geochronology to rocks from the ~201 Ma Central Atlantic Magmatic Province (CAMP), which are dispersed over 4 continents, in an attempt to reconstruct the overall timing of the event and determine its relationship with the end Triassic mass extinction.  The main problem in associating the CAMP with the end Triassic extinction is that in the terrestrial basins where the CAMP is exposed, the basalt flows appear to lie above the extinction horizon, which is defined by a carbon isotope excursion or paleomagnetically suggesting that they occurred after the extinction.  Our new data suggests that intrusive CAMP magmatism was occurring prior to emplacement of these basalt flows and degassing from these magmas along dykes and fissures may have caused the climatic disturbance necessary to initiate the extinction.  We also present Hf isotope data from the separated zircon and baddeleyite to both elucidate the origin of the LIP and also to determine if the magmas all originate from the same event.