Provenance and weathering of Eocene sediments from the Central Basin, Svalbard

From University of Cambridge, UK 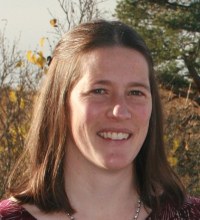 The Arctic is currently experiencing a marked warming trend but models of future change require information on how the region responded to climatic change in the past. The study of ocean cores can reveal information about past ocean currents and infer the geological history of the Arctic Basin.  Radiogenic neodymium and strontium isotopes are often used to identify source areas, however in the circum-Arctic region, the variability in end-members is relatively poorly constrained. This study focuses on the present-day input of sediments and the dissolved load to the ocean derived from Eocene formations in the Central Basin, Svalbard. Three formations outcropped in the catchments studied (Frysjaodden, Battfjellet and Aspelintoppen) and despite the narrow range in depositional ages, the sediment neodymium (\(\varepsilon\)Nd) and strontium (87Sr/86Sr) isotopic compositions varied by 14 epsilon units and 0.028, respectively and were anti-correlated. Additionally, the dissolved load was offset from the corresponding suspended sediments by up to 5.5 epsilon units (\(\varepsilon\)Nd) and 0.028 (87Sr/86Sr). Nd is often assumed to be a conservative tracer but these data strongly suggest that Nd is mobilized during weathering and diagenesis. The implications for Nd model ages and the use of Nd as a source tracer in the ocean will be discussed.