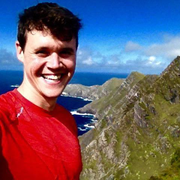 The Tyrrhenian back-arc basin formed as a result of the migration of subduction fronts towards the East and Southeast during the Neogene time. The complex evolution of this subduction system caused differences concerning the degree of back-arc extension from North to South; while rifting affected the northern region, continental break-up occurred in the central and southern regions. Recent results obtained from integration of geological and modern geophysical data revealed the presence of a magmatically-modified crust beneath the Cornaglia and Campania Terraces followed by mantle exhumation beneath the Magnaghi and Vavilov basins, implying abrupt variations of magmatic crustal accretion in few kilometres. Here we present more evidences of this heterogeneous magmatic activity by analysing the crustal and uppermost mantle structure beneath the Cornaglia Terrace along three geophyisical cross-sections of the basin. Crustal structure and Moho geometry along each transect are constrained by a 2D P-wave velocity model obtained by joint refraction and reflection travel-time tomography, a coincident Multichannel Seismic image and the corresponding P-wave velocity-derived gravity modelling. From North to South of the Cornaglia Terrace, mean lower crustal velocity increases from the northern region (6.4-6.7 km/s) to the central part (6.8-6.9 km/s), and drastically decreases southwards (5.9-6.1 km/s). Along-axis lower crustal velocity variations are in accordance with variations in the degree of crustal extension. While in the northern and southern regions the crust thins up to 7-8 km thick, in the central part extension leads to crustal break-up and later mantle exhumation. Based on these results and on velocity analyses, we suggest that these variations reveal a different degree of magmatism along the terrace axis. The highest magmatic activity is focused beneath the central and most extended region of the terrace, whereas it is less important in the northern part, and practically inexistent beneath the southernmost region. The outcome of this study underpins the relation between magmatism and extension in this region of the Central Tyrrhenian basin, and evidences relevant differences of strain during the basin formation.