How Heterogeneous is the Earth's Mantle? Combining New Observations from Seismology with Geochemistry and Geodynamics

From University of Maryland

Time and place: How Heterogeneous is the Earth's Mantle? Combining New Observations from Seismology with Geochemistry and Geodynamics Feb. 2, 2017 1:15 PM–2:00 PM, ZEB Auditorium 3 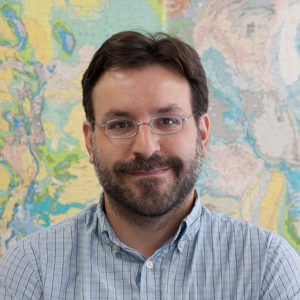 The mantle of the Earth is characterized by discontinuous vertical changes over depth of shear and compressional wave speeds and density, called seismic discontinuities. The largest and most well known seismic discontinuities occur at major changes in material composition, such as the 410 and 660 km associated with the phase changes in olivine. There also exists a number of weaker seismic discontinuities throughout the silicate mantle that arise from a variety of mechanisms related to changes in mineral structure, the introduction of new mineral phases, the presence or production of melts, or more subtle changes in mantle composition. These boundaries require special conditions to exist, namely the presence of chemical heterogeneities within the mantle, alignment of mineral grains by mantle flow, or the presence and/or concentration of melts. In this presentation I will discuss the presence of reflectors in the mantle at depths of 230-280 and 800-1200 km depth as evidence for mantle heterogeneity in the Earth. These observations lend evidence to the hypothesis that the mantle is laterally heterogeneous, and that dynamics are stirring an enriched component, perhaps from the deep or shallow earth, into the upper mantle.