From Institute for Energy Technology, Lillestrøm 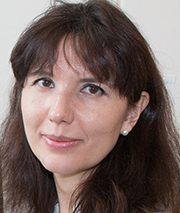 Understanding of tectonic processes and melt transport in the deep Earth and management of commercially valuable hydrocarbon resources and engineering operations such as CCS in the shallow Earth are dependent on our knowledge about interaction between rocks and fluids. Rock-fluid interaction involves heat and mass transfer, deformation, hydrodynamic flow and chemical reactions, thereby necessitating its consideration as a complex process coupling several simultaneous mechanisms. Two most widely used models for coupled fluid flow and rock deformation are poroelastic theory of Biot and poroviscous model of McKenzie. Even though many extensions of these two theories were proposed in recent years, there is still a considerable effort directed towards formulation of new two-phase theories. Here, we present a simple mathematical model for nonlinear porous viscoelastoplastic materials. Our main motivation is to establish a simple unifying theory for porous fluid flow in a deformable matrix that is able to capture the range of rheological responses expected within the Earth. These responses can vary from elastic small strain consolidation to plastic porosity collapse from tenths to a few percents of porosity in near-surface sediments and up to high-temperature creep during extraction of melts and metamorphic fluids. Our model is thermodynamically consistent and can be generalized to the more complex multi-phase multi-component systems. Developed framework we apply to study focused fluid flow systems that are often evidenced as dikes, veins or volcanic diatremes in the deep Earth and fluid escape pipes, gas conducting chimneys, mud volcanoes, sand injectites or pockmarks in the shallow Earth. The particular attention is to porosity waves as a flow focusing mechanism.