From University of Lyon, France 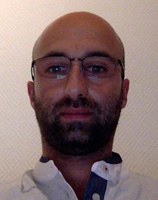 In the present-day Earth, as subducting plates reach the base of the upper mantle, some appear to flatten and stagnate, while others seemingly go through unimpeded into the lower mantle. This variable resistance to slab sinking has been proposed to affect long-term thermal and chemical mantle circulation. Several constraints and dynamic models highlight that neither the increase in viscosity between upper and lower mantle nor the coincident endothermic phase transition in the main mantle silicates suffice to stagnate slabs. However, together the two provide enough resistance to stagnate subducting plates, if they subduct accompanied by significant trench retreat. Slab models with plate-like rheology lead to similar styles of morphologies as those revealed by seismic tomography, where strong slabs and mobile plate boundaries favouring stagnation for old and penetration for young slabs. However, such transition zone iterations do not seem a permanent feature, for example none of the current transition-zone slabs seem to have stagnated there more than 60 m.y, and since modeled slab destabilization takes more than 100 m.y., lower-mantle entry is apparently usually triggered (e.g., by changes in plate buoyancy). Moreover, in a few hundred degree hotter early Earth, models predict slabs would have penetrated into the lower mantle more easily in the past, when a weaker asthenosphere and decreased plate density and strength resulted in subduction almost without trench retreat. So heat and material transport in the Earth’s mantle might have been more (rather than less) efficient in the past.