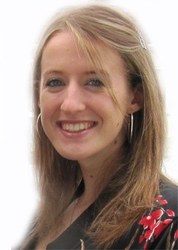 Volcanoes have long been recognised as important conduits for transporting volatile gases – namely water, carbon dioxide and sulfur dioxide – from the Earth’s mantle into the atmosphere, where these gases regulate climate over geological timescales. Volcanoes are also critical to the geochemical cycling of trace metals through the Earth system, yet the mechanisms by which metals are processed in magmatic systems are poorly understood in comparison. The flux of metals supplied to the atmosphere by volcanoes is currently estimated at 107 to 109 g/year for Cu, Zn, Pb, and Bi and is comparable in magnitude to that being sequestered within high-sulfidation ore deposits. Here we show, using a global dataset, that basaltic volcanoes in different tectonic settings emit contrasting metal ‘fingerprints’. Basaltic arc volcanoes in subduction zone settings emit high fluxes of metals in gases and aerosols, rich in copper, zinc, thallium and lead. Ocean island volcanoes, in contrast, outgas lower metal fluxes, enriched in highly chalcophile metals. We present a detailed petrological case study of tephra from the 2014–2015 Holuhraun basaltic fissure eruption (Iceland), where abundant sulfide globules (representing quenched droplets of an immiscible sulfide melt) are preserved within matrix glass and melt inclusions. We investigate the extent to which shallow breakdown of sulfide phases in response to late-stage degassing-driven oxidation may modulate the efficiency of sulfur and trace metal outgassing in ocean island settings. We propose that the relative abundances of metals outgassed in different tectonic environments is controlled by magma water content and redox; specifically, the relative timing of vapour saturation relative to sulfide saturation.