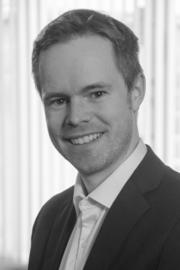 Low-frequency atmospheric sound (infrasound) is generated by natural sources, such as volcanoes and ocean waves, and human sources, such as mining and explosions. The waves propagate through the atmosphere and are recorded by ground-based stations. The time and form of the signals received provide temperature and wind information from the atmosphere the waves have traveled through.

Data sampling the stratosphere (15 to 50 km altitude) is of particular interest since it is relatively inaccessible to other remote sensing methods, especially for probing the dynamics. The stratosphere is a key layer in atmospheric dynamics, and changes to its polar circulation can propagate down to ground level. Sudden Stratospheric Warming (SSW) are natural and extreme events which may result in prolonged cold spells and disturbed weather patterns in mainland Europe, with significant effects for infrastructure, health, agriculture, energy, and transport. Enhancing the prediction skills for SSWs and its effects at ground level would provide decision-makers with more reliable early warnings, which in turn can increase prospects of timely preparation and mitigation for reduced harm on society due to SSW related impact.

I will give examples demonstrating that atmospheric infrasound observations can give evidence of the development of large-scale stratospheric events like SSWs and the associated disruption of the stratospheric polar vortex.

Infrasound from 598 surface explosions from over 30 years in northern Finland is measured with high spatial resolution on an array 178km almost due North.  The array is situated in the classical shadow-zone distance from the explosions. The study demonstrates that atmospheric cross-winds can be estimated directly from infrasound data using propagation time and back azimuth deviation observations.

For continuous infrasonic ground-based monitoring of the stratospheric dynamics, we take advantage of a continuous source that emits infrasound into the stratosphere - a hot-spot between Greenland and Iceland where interacting ocean waves generate infrasound microbaroms, which typically have a peak frequency at around 0.2 Hz. We monitor the development of three different SSW-related events: 1) the March 2016 major final warming, 2) the February 2018 major SSW, 3) the December 2018 stratospheric warming.