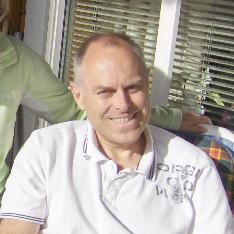 More than a third of mid-ocean ridges have a spreading rate of
less than 20 millimetres a year1. The lack of deep imaging data
means that factors controlling melting and mantle upwelling2,3, the
depth to the lithosphere–asthenosphere boundary (LAB)4,5, crustal
thickness6–9 and hydrothermal venting are not well understood for
ultraslow-spreading ridges10,11. Modern electromagnetic data have
greatly improved our understanding of fast-spreading ridges12,13,
but have not been available for the ultraslow-spreading ridges.
Here we present a detailed 120-kilometre-deep electromagnetic
joint inversion model for the ultraslow-spreading Mohns Ridge,
combining controlled source electromagnetic and magnetotelluric
data. Inversion images show mantle upwelling focused along
a narrow, oblique and strongly asymmetric zone coinciding
with asymmetric surface uplift. Although the upwelling pattern
shows several of the characteristics of a dynamic system3,12–14,
it probably reflects passive upwelling controlled by slow and
asymmetric plate movements instead. Upwelling asthenosphere
and melt can be traced to the inferred depth of the Mohorovičić
discontinuity and are enveloped by the resistivity (100 ohm
metres) contour denoted the electrical LAB (eLAB). The eLAB
may represent a rheological boundary defined by a minimum melt
content. We also find that neither the melt-suppression model7 nor
the inhibited-migration model15, which explain the correlation
between spreading rate and crustal thickness6,16–19, can explain
the thin crust below the ridge. A model in which crustal thickness
is directly controlled by the melt-producing rock volumes created
by the separating plates is more likely. Active melt emplacement
into oceanic crust about three kilometres thick culminates in an
inferred crustal magma chamber draped by fluid convection cells
emanating at the Loki’s Castle hydrothermal black smoker field.
Fluid convection extends for long lateral distances, exploiting high
porosity at mid-crustal levels. The magnitude and long-lived nature
of such plumbing systems.