From University of Exeter, UK 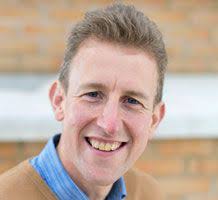 A ‘tipping point’ occurs when a small change in forcing triggers a large response from a system, qualitatively changing its future state. Several ‘tipping elements’ have been identified in the Earth’s climate system that may pass a tipping point due to climate change this century. Our capacity to forecast such abrupt, non-linear changes has historically been poor. However, I will outline recent progress in applying the theory that some approaching tipping points carry early warning signals. Global warming increases the risk of passing tipping points, such that in a >4°C warmer world they are expected to become more likely than not. In contrast, most economic analyses of climate change assume that tipping points are very low probability events. To address this we have put the possibility of multiple interacting tipping points into a well-known model of climate and the economy called ‘DICE’. This transforms the recommended policy response from the model, increasing the present-day ‘social cost of carbon’ by 8-fold, stopping global carbon dioxide emissions by 2050 and limiting global warming to <2°C, in order to try and avoid damaging climate tipping points.