Greater than the sum of the parts: Grain boundaries in the mantle. 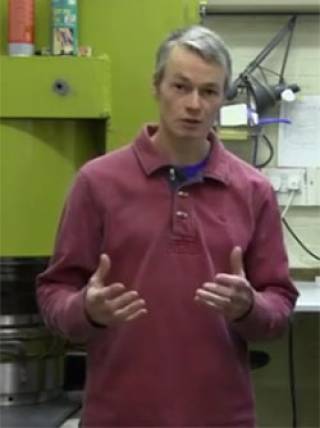 The lower mantle of the Earth has a very high seismic quality factor (Qm) of around 300-500 which is normally taken as evidence of a large grain size (of 1 mm or more) and the absence of melting. This assumed grain size is in contrast to experimental studies which show very slow grain growth rates for lower-mantle phase assemblages and which predict grain sizes of 20-100 micrometer when extrapolated to timescales of mantle convection. At the same time there is strong evidence that grain boundaries reconstruct at high pressure and, hence, grain-boundary properties measured at low pressure, such as attenuation, should not be extrapolated to the deep Earth.

Here we show that sintering pressure affects grain boundary strength, significantly inhibiting grain boundary sliding and resulting in increased Q for silicate minerals at teleseismic frequencies. As well as reconciling grain-growth experiments with geophysical observations we also suggest that the observed strengthening of the lower mantle at around 1000-1200 km depth might be due to the strengthening of grain boundaries.