Two Seminars in One: Mantle Plumes and Young Silicate Earth 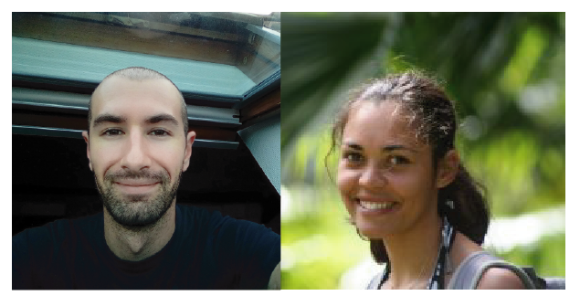 Understanding how mantle plumes interact with both Earth’s lithosphere and mantle is crucial to use them as an absolute reference frame to reconstruct past plate tectonic motions. However, both the observation-derived relative motions between plumes and the sources of their stability or mobility are still poorly constrained.

Here, we use numerical models of whole-mantle convection self-generating plate-like tectonics with Earth-like characteristics in order to study the statistical behavior of mantle plumes arising fully-dynamically in such a complex physical system. We show that, while plume advection by mantle wind is negligible, plate-like tectonics triggers plume lateral motions of about 1-2 cm/yr in average by enhancing net motion of the mantle. Slab penetration in the lower mantle induces plume drift at 2-5 cm/yr and lasting several tens of million years. Occasional plume-merging events favor lateral speeds exceeding 5 cm/yr and lasting less than 5 Myr.
We then map the upper-mantle thermal anomaly below the Mid-Atlantic Ridge near the Azores using plume-derived basalt samples. From our models, we show that the asymmetry of this thermal anomaly is due to a northward motion of the Azores plume by 1-2 cm/yr from 85 Ma, independently from other South-Atlantic plumes.

The recent coupling of ultrafast in situ X-ray diffraction (XRD) and shock compression techniques (gas guns and laser facilities) enables the direct investigation of transition mechanisms at short time-scales (from hundreds of picoseconds to hundreds of nanoseconds). Here, we probed the structure at peak pressure of shocked amorphous and crystalline SiO2 and MgSiO3 by coupling ultrafast XRD to laser-driven shock compression at LCLS MEC end-station of SLAC XFEL facility (Stanford, USA). We show that SiO2 and MgSiO3 both form 6-fold Si-O coordinated amorphous phases when shocked above a threshold pressure. While shocked SiO2 crystallizes in its high-pressure polymorphs at nanosecond-scale, shocked MgSiO3 remains amorphous. The structure of the hot high-pressure glasses/liquids shows an excellent agreement with the high-pressure glasses formed in diamond anvil cells at 300 K indicating that cold glasses represent good analogues of the HP-HT silicate liquids present in the Basal Magma Ocean. In addition we constrain the melting of SiO2 and MgSiO3 up to 125 GPa and 300 GPa respectively. Given the present results, we will discuss how dynamic compressions can be used to investigate planetary science related questions.