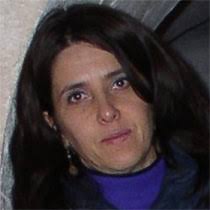 Tectonic activity in subduction-rollback convergent plate boundaries commonly involves backward migration of subducting slabs, arc magmatism and plate boundary segmentation. Incipient collision, the presence of indentors and generally lower plate topography may increase complexity. Slab tearing plays a major role in developing segmented subduction zones particularly in narrow slab segments, such as the Calabrian Arc, triggering asthenospheric upwelling, dynamic topography and magmatism.
The Calabrian Arc subduction complex in the Ionian Sea is segmented along two oppositely dipping strike-slip/transtensional fault systems, i.e., the Ionian (IF) and Alfeo-Etna (AEF) faults producing deep fragmentation of the Western Ionian domain and the collapse of the accretionary wedge, in agreement with geodetic models suggesting plate divergence in this region. Multibeam and seismic reflection data call for incipient deformation in the corridor between the IF and AEF, marked by buried sub-circular features aligned along the transtensional faults.
Rising material in subduction complexes might be ascribed to different processes and we attempted to discriminate between these processes using magnetic and gravity field data. Magnetic and gravity anomalies are not consistent with a salt/mud compositions of the diapirs nor with a volcanic or magmatic source, in agreement with heat flow data showing a lower than normal thermal regime for the Ionian basin. Gravity/magnetic modelling best fit was obtained considering the intrusions as serpentine diapirs in agreement with the presence in the Ionian upper mantle of two layers with high seismic P-wave velocity, low S-wave velocity and high Vp/Vs values, interpreted as partly serpentinized peridotites.
Mantle-derived diapirism is not linked directly to subduction processes. The serpentinites, formed probably during Mesozoic Tethyan rifting, were carried below the subduction system by plate convergence; lithospheric faults driving margin segmentation act as windows through which inherited serpentinites rise to the sub-seafloor. Piercing features in the Ionian Sea provide evidence of a new class of serpentinite diapirs within the external subduction system, derived directly from the lower plate. These findings may lead towards a more complete understanding of the structure and nature of the Ionian lithosphere and of the role of inherited serpentinites in driving neotectonics, seismogenesis and plate boundary re-organization in the central Mediterranean Sea.