Breaking the Grenville–Sveconorwegian link in the Rodinia supercontinent 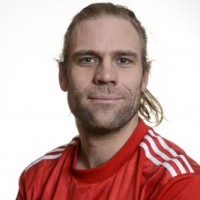 The Grenville and Sveconorwegian orogens have traditionally been interpreted as along-strike correlatives, resulting from ca. 1.1 Ga collision between Laurentia and Fennoscandia on one side and Amazonia on the other, forming the core of the Rodinia supercontinent. This configuration has been the stalwart of otherwise diverse reconstructions of Rodinia. Available geological data suggest that the southeast Laurentian and southwest Fennoscandian margins shared a similar active-margin evolution from pre-1.8 to 1.5 Ga, and possibly until 1.25 Ga. In the Grenville Province, this evolution appears to have ended with accretion of mainly indigenous arc and back-arc assemblages, followed by continent-continent collision between 1.1 and 1.0 Ga, with northwestward translation of nappes in middle/lower ductile crust. In contrast, the tectonic evolution of the central and eastern Sveconorwegian Province is characterised by spatially and temporally discrete metamorphic events between 1.15 and 0.98 Ga, with near-continuous granitic magmatism to the west suggesting an active-margin setting until 0.92 Ga, with no evidence of a terminal continent-continent collision. Precambrian palaeomagnetic data are generally scarce and fraught with uncertainty, but appear to suggest significant latitudinal, and, by default, unknown longitudinal, separation of Laurentia and Fennoscandia at 1.05 Ga. By 0.95 Ga, Fennoscandia had drifted north to latitudes similar to those of Laurentia, but at an unknown distance east or west. The available geological and palaeomagnetic data therefore suggest that Laurentia and Fennoscandia were not contiguous during Grenville–Sveconorwegian orogenesis, which has major implications for Rodinia reconstructions. The ensuing Neoproterozoic evolution (Valhalla orogeny), preserved in Caledonian allochthonous units around the North Atlantic, may be key to constrain the relationship, if any, between the two continents following separation at 1.25 Ga until Caledonian collision at 0.44 Ga.