Lunar magnetism: from dynamos to impacts 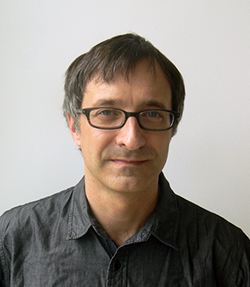 The Moon was once though to be a cold undifferentiated body that never could have been capable of generating an internal Earth-like magnetic  field. It thus came as a surprise to find that many of the lunar rocks collected during the Apollo missions were magnetized, and that orbital magnetic field data showed portions of the crust to be associated with large magnetic anomalies. The evidence that the Moon had a long lived magnetic field generated by a core dyanmo will be summarized in this talk, and the various models that have been proposed to power the dyanmo will described. The strongest magnetic anomalies appear to be correlate with the largest impact basin on the Moon, and it will be  argued that the materials responsible for these anomalies are derived from remnants of the iron-rich projectiles that formed these basins.

Bio: Mark Wieczorek's research focuses on using geophysical data (topography, gravity, and magnetic fields) and remotely sensed geochemical data to decipher the interior structure and geologic evolution of the terrestrial planets and moons. He was a co-investigator of the orbiting SMART-1 and Chandrayaan-1 X-ray fluorescence spectrometers, and NASA's lunar gravity mapping mission GRAIL. In addition to his work with the Moon, he is a co-investigator associated with NASA's geophysical mission to Mars, Insight, NASA's mission to Psyche, and the laser altimeters on ESA's BepiColombo mission to Mercury and JUICE mission to Ganymede. He was the leader of the Planetary and Space Sciences group at the Institut de Physique du Globe de Paris from 2012 to 2016, and he was the editor-in-chief of the Journal of Geophysical Research Planets from 2011 to 2015. He is currently a director of research (CNRS) at the Observatoire de la Côte d'Azur, Laboratoire Lagrange.