UiO The Faculty of Mathematics and Natural Sciences The Centre for Earth Evolution and Dynamics
Main navigation
Back to uio.no
Sub navigation Menu
Research > Research news and events > Research events > Seminars at CEED > 2020 Autumn > POSTPONED to 2021! - Continental rift linkage and the formation and rotation of microplates

POSTPONED to 2021! - Continental rift linkage and the formation and rotation of microplates 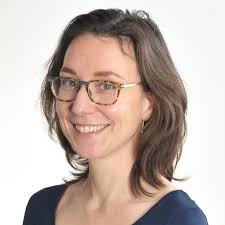 Similar to the microplates that can form between two overlapping mid-ocean ridges, rotating continental microplates can form between overlapping active continental rifts. In this talk, I will first discuss how the large Victoria microplate in the East African Rift System came to rotate counter-clockwise with respect to Nubia, in striking contrast to its neighboring (micro)plates. Our numerical models indicate that the amount of Victoria's rotation is primarily controlled by the distribution of (i) stronger zones transmitting the drag of the major plates and (ii) weaker regions facilitating the rotation. The combination of this particular lithospheric strength distribution, E-W regional extension, and the oblique orientation of the preexisting weaknesses results in local ESE-WNW extension directions and predominantly normal faulting oblique to the regional and local extension directions. Second, I will present our investigations into the conditions for continental microplate formation, by modeling how offset rift arms propagate and link from inception to continental break-up without pre-existing heterogeneities to guide them. Depending on the initial rift-normal offset of the rift arms and the crustal strength, the modeled rifts connect either through an oblique fault, a transform fault, or the formation of a microplate. These microplate models shed light on the evolution of the Flemish cap and the Sao Paolo Plateau, regions of rotated thickened continental crust along rifted margins interpreted as ancient continental microplates.