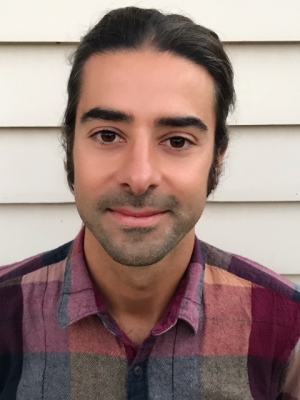 Earth’s carbon cycle is strongly influenced by subduction of sedimentary material into the mantle. The composition of the sedimentary subduction flux has changed considerably over Earth’s history, but the impact of these changes on the mantle carbon cycle is unclear. In this seminar I show that the carbon isotopes of kimberlite magmas record a fundamental change in their deep-mantle source compositions during the Phanerozoic Eon. The 13C/12C of kimberlites prior to ~250 Myr preserves typical mantle values, whereas younger kimberlites exhibit lower and more variable ratios – a switch coincident with a recognised surge in kimberlite magmatism. These changes can be attributed to increased deep subduction of organic carbon with low 13C/12C following the Cambrian Explosion when organic carbon deposition in marine sediments increased significantly. These observations demonstrate that biogeochemical processes at Earth’s surface have a profound influence on the deep mantle, revealing an integral link between the deep and shallow carbon cycles.