Interactions between surface processes and fold growth in fold-and-thrust belts: application to the Zagros Fold Belt 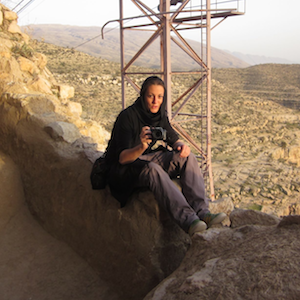 Thin-skinned fold-and-thrust belts result from the compressional deformation of a sediment pile over a basal decollement layer. The topographic evolution of fold-and-thrust belts results from the competition between climatic, tectonic and surface processes. Importance and complexity of interplays between these processes have been amply discussed and documented by numerous field, analogue and numerical studies. However some aspects of these interactions, such as the effects of erosion and sedimentation on fold growth rate are not well parametrised. The effects of erosion, sedimentation and an initial topography on the fold pattern, as well as the conditions of surface uplift and fluvial incision to form wind gaps, were systematically investigated with numerical modelling and applied to the Zagros Fold Belt. New constraints on denudation rates in the Fars Province (Zagros, Iran) were obtained by cosmogenic nuclides measured on river sand.