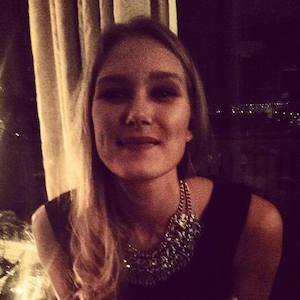 Geochemical investigations of the first in-situ sampled layered oceanic
crust (Hess Deep), and whole rock geochemical data of the systematically
under-sampled magmatic breccias from Rum (Scotland), shed new light on
intrinsic igneous processes within crustal magma reservoirs.
Petrogenetic modeling postulates that 10 % melting of a mantle source is
capable to produce the primitive parental melts responsible for
crystallizing large mafic layered lithologies after passing the
mantle-crust transition. In both of the studied areas, initial melts
have high Mg# (> 70), and up to komatiitic compositions (MgO > 27 wt.%)
at Rum. The olivine oversaturation of these melts is best illustrated by
the observed crystallization of harrisitic (skeletal/spinifex) olivine.
Transport of these low viscous, “hot” (>> 1200 °C) melts within the
crust can be porous and pervasive on a local scale, however major melt
passage is observed to occur within fractures. A key process within this
transport seems to be “magmatic fracturing,” which can be understood as
a procedure with similar physics to hydrofracturing during oil
exploration. The increasing permeability fragmentation process results
in magmatic brecciation of lower crustal cumulates, which now allows
focused melt transport within dykes and veins through a formerly
impermeable layer. After the melt has been emplaced within a lower
crustal reservoir, in situ crystallization and melt evolution is
restricted to sills. Such sills are modally layered with primitive
troctolitic cumulates at the base, overlain by more evolved gabbros, and
anorthositic gabbros at the top. The gabbros are unlikely to be
differentiation products of a single parental melt, but probably
attributed to mixing of residual melt with replenished mantle melt. In
contrast, the upper anorthositic layer is petrogenetically linked to the
accumulation of buoyant plagioclase crystals on top of the sill.
Finally, the studied layered lithologies are supporting that a
sheeted-sill like model is most plausible for the formation of fast
spread oceanic crust. Correspondingly, such a petrogentic sill model is
most likely also describing continuously replenished layered mafic – to
ultramafic intrusions.