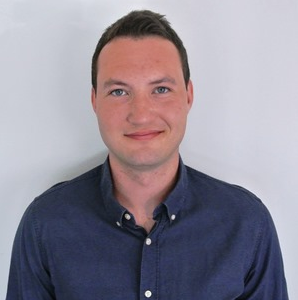 The mid-Norwegian Møre margin is regarded as a type example of a volcanic rifted margin, with its formation usually related to the influence of the Icelandic plume activity. The area is characterized by the presence of voluminous basaltic complexes such as extrusive lava sequences, intrusive sills and dikes, and hydrothermal vent complexes within the Møre Basin. Emplacement of hydrothermal vent complexes is accommodated by deformation of the host rock. The edges of igneous intrusions mobilize fluids by heat transfer into the sedimentary host rock (aureoles). Fluid expansion may lead to formation of piercing structures due to upward fluid migration. Hydrothermal vent complexes induce bending of overlying strata, leading to the formation of dome structures at the paleo-surface. These dome structures are important as they indicate the accommodation created for the intrusions by deformation of the upper layers of the stratigraphy, and may form important structures in many volcanic margins. Both the morphological characteristics of the upper part and the underlying feeder-structure (conduit-zone) can be imaged and studied on 3D seismic data. Seismic data from the Tulipan prospect located in the western part of the Møre Basin have been used in this study. The investigation focusses on (1) the vent complex geometries, (2) the induced surface deformation patterns, (3) the relation to the intrusions (heat source), as well as (4) the emplacement depth of the hydrothermal vent complexes. We approach this by doing a detailed 3D seismic interpretation of the Tulipan seismic data cube. The complexes formed during the initial Eocene, and are believed to be a key factor behind the rapid warming event called the Paleocene-Eocene thermal maximum (PETM). The newly derived understanding of age, eruptive deposits, and formation of hydrothermal vent complexes in the Møre Basin enables us to contribute to the general understanding of the igneous plumbing system in volcanic basins and their implications on the paleoenvironment as the time of their emplacement.