Did continents sample the globe? (and why it may be useful to know) 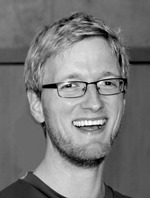 Paleomagnetic methods are a cornerstone of tectonic reconstructions of Earth, particularly for periods from which no seafloor is preserved at present. One of the key assumptions of paleomagnetism, however, is that Earth’s magnetic field had always a dipolar structure and was well represented by a Geocentric Axial Dipole (GAD) throughout the timeframe of reconstruction (as it is today). A remarkable simple test to verify the GAD hypothesis for Earth’s tectonic past is based on the frequency distribution of magnetic inclinations sampled on Earth’s continents and has widely been used to constrain the paleomagnetic field structure. However, this test has a fundamental prerequisite: Continents must have sampled all latitudes uniformly during the timeframe of interest. This issue has been addressed several times using statistical tests - with inconsistent results. Here, I will present some 3D mantle convection models that generate geodynamically consistent continental drift histories and I will discuss if such uniform sampling by continents can be achieved and on which timescales.