Beary is a new Postdoc with CEED from 9 October 2014 and will work with Stephanie Werner and the Earth and Beyond team. Beary`s office is room V3.426 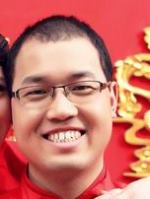 Zhiyong (Beary) Xiao was a visiting student in Lunar and Planetary Laboratory, University of Arizona (2010-2012).

He has a PhD degree (2013) in Planetary Geology and Geochemistry from China University of Geosciences (Wuhan),