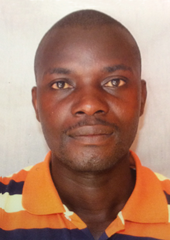 I am a PhD student at the Center of Ecological and Evolutionary Synthesis (CEES) since early August 2014. My research focuses on the behavioural ecology and genetic diversity of ashy red colobus monkeys (Procolobus rufomitratus tephrosceles) in western Tanzania. I specifically aim at a) studying the ranging patterns, habitat use and feeding ecology populations living in two different environments (moist montane forest and dry savanna-woodland), b) obtaining data on the spatio-temporal availability of their foods and on the vegetation composition and structure in these two environments, and 3) assessing the genetic diversity within and among populations and subpopulations in several locations throughout their range in Tanzania. Understanding how these monkeys survive in the dry woodlands and naturally fragmented forest patches is essential to understand their possible adaptations in forest habitats that are currently being fragmented by human activities. The molecular data will help to know the extent to which the geographical isolation of forests patches has affected the genetic structure and gene flow of populations/subpopulations. These data will also be important for predicting the future effect of spatial separation on the genetic variation among and within populations in the wake of on-going habitat degradation. Finally, the findings from this study will be crucial for defining priority protection areas and for designing conservation strategies for Ashy monkeys and other endangered primates.