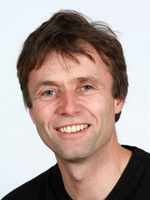 Land-atmosphere interactions in cold environments. Modelling of surface fluxes of energy, moisture and carbon. Feedback processes including vegetation change and thawing of permafrost.

PhD from Department of Geophysics, University of Oslo (UiO) in 1994. Currently professor of meteorology at Department of Geosciences at UiO, since 2007. Between 1994 and 2019 I also worked at CICERO- Center for Climate and Environmental Research – Oslo.

My background is in modelling of atmospheric chemistry of the troposphere, with a main focus on the ozone budget and the oxidizing capacity of the troposphere. Tropospheric chemistry is strongly affected by emissions and deposition to and from the surface as well as mixing processes in the boundary layer. This has lead to more general interest in understanding the coupling between the atmosphere and the terrestrial surface, including the turbulent mixing processes. I was a lead author on the fourth assessment report of Intergovernmental Panel of Climate Change (IPCC, 2007), and now again for the 6th report (to be published in 2021).