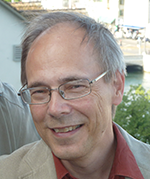 Trygve Helgaker is a theoretical chemist and a specialist in molecular electronic-structure theory and quantum chemistry. In quantum chemistry, chemical systems such as molecules and materials are studied quantum mechanically and simulated on computers by solving the Schrödinger or Dirac equations numerically for the electrons and nuclei that make up the systems.

Helgaker has contributed to the development of modern electronic-structure methods and also developed computer programs for quantum-mechanical simulations of molecules. His research interests include the interaction of molecules with electromagnetic fields and molecular properties, high-accuracy methods for small molecules, density-functional theory, and molecules in ultra-strong magnetic fields.

Trygve Helgaker received his PhD in 1986. He is a Professor of Theoretical Chemistry at the Department of Chemistry, University of Oslo and Director of the Hylleraas Centre for Quantum Molecular Sciences, a Norwegian Centre of Excellence with more than sixty members. Helgaker has spent sabbatical years at the University of Cambridge and Durham University. He is a member of the International Academy of Quantum Molecular Sciences.

Helgaker has published more than 300 articles (with 34000 citations and H-index 86 in Google Scholar) and given more than 140 talks at meetings and workshops. He held an ERC Advanced Grant 2011–2016 on the fundamentals of density-functional theory.

Helgaker has organized 13 international summer schools in theoretical chemistry and given nearly 300 lectures at these and other schools. He is co-author of the textbook “Molecular Electronic-Structure Theory”, which has become a standard in the field. He has supervised 16 PhD students.