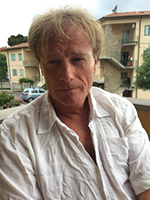 I am a theoretical physicist with a strong interest in computational physics and many-body theory in general, and the nuclear many-body problem and nuclear structure problems in particular. This means that I study various methods for solving either Schrödinger's equation or Dirac's equation for many interacting particles, spanning from algorithmic aspects to the mathematical properties of such methods.

The latter also leads to a strong interest in computational physics as well as computational aspects of quantum mechanical methods ranging from traditional many-body methods to quantum computing and machine learning.