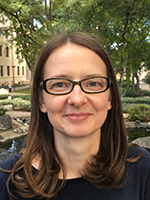 One of the most important goals in modern physics is to understand the birth, evolution and future of the universe. I approach this challenge through global modeling, tying together observations of the cosmic microwave background with physical models of our own galaxy, the Milky Way. A long-term goal is to build 3D maps of the entire observable universe, for instance through CO intensity mapping, and use these to constrain dark matter and dark energy. This global model is named Cosmoglobe, and will in the near future comprise an interactive all-sky atlas of the microwave sky, covering frequencies between 100 MHz and 10 THz.

After defending my PhD degree in theoretical physics at the University of Oslo in 2006, I
worked as a research fellow at Caltech, University of Oslo, Imperial College London,
University of Oxford and Jet Propulsion Laboratory/NASA. Today I am a professor in
cosmology at the Institute of Theoretical Astrophysics (ITA).

Most of my research time is spent leading and supervising the CMB&CO research group at
ITA, which currently counts more than 20 members, including Master and PhD students,
postdocs and faculty personnel. I also serve as the Norwegian Co-Investigator of several
international experiments, including COMAP, LiteBIRD, and SPIDER, and I am the Principal
Investigator of an ERC Consolidator Project called Cosmoglobe. Finally, I am the founder of
the Global Component Separation Network, which connects some of the world's leading
academic institutions into one network, including Caltech, IUCAA, Princeton, Tokyo, Toronto
and more.