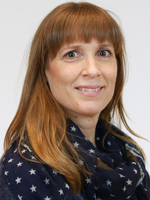 We use a combination of in vivo and in vitro techniques to study the basic physiological mechanisms triggered in the brain in response to exercise. In particular, we study protective mechanisms of exercise in stroke. We employ animal models to mimic human disease and/or use of medications. We investigate behavioral effects of diseases, drugs, and exercise, combined with histological examinations at the light, confocal or electron microscopic level. We also use primary cell cultures and established cell lines as experimental models for mechanistic studies.

The aim is to identify new therapeutic targets for the prevention/therapy of stroke and other neurodegenerative disorders.