Thin-film technology is based on thin polymeric dissolving films as a matrix for drug delivery through absorption from the oral cavity (buccal, sublingual) and/or from the gastro-intestinal tract. A film is prepared using hydrophilic polymers, plasticizer, API and other excipients, such as fillers, taste-masking, sweeteners or aroma. The high viscosity film formulation is casted on a release-liner to facilitate the removal of the film sheet from the platform after evaporation of the solvent. The film is composed of a dry polymer network. 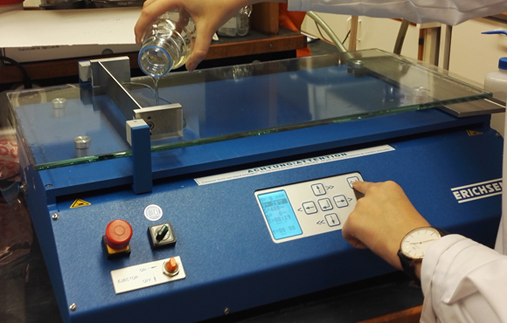