Exchange with the University of Trieste opens new doors in research

Exchange of master's students and researchers opens up new opportunities for research. And there has been an unlikely enabler: Covid. 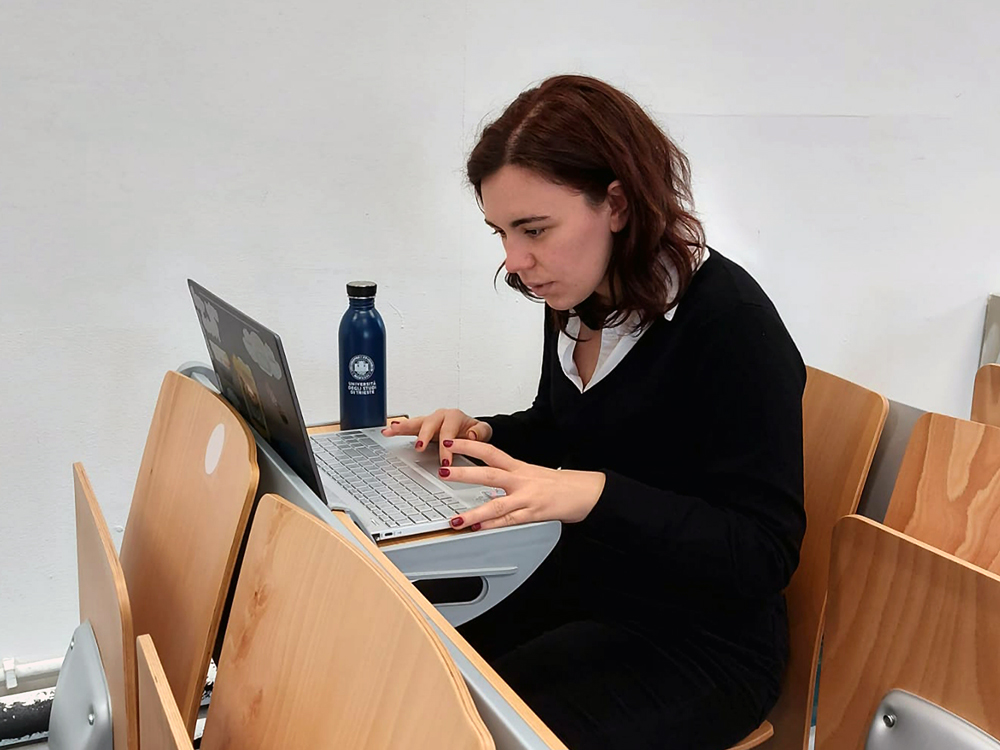 Federica Moretti, master's student in engineering at Trieste, during a recent stay at the Department of Pharmacy.

Where there’s a will, there’s a way. Associate Professor Massimiliano Pio di Cagno has not succeeded in getting internal or external approval for his applications for research fellows. Instead, he has benefited greatly from exchange students from the abroad, especially from the University of Trieste.

“Since 2020, FAI has had an ERASMUS agreement with Trieste. We at the Department had two master's students on exchange under this agreement and other two are coming in the fall,” says di Cagno.

“In addition, a master’s student and a postdoc have come here with grants from the University of Trieste as guest researchers, i.e. outside ERASMUS.”

Perhaps a little surprisingly, it is not primarily students in pharmacy di Cagno has on exchange. His foremost collaborator in Trieste is Professor Mario Grassi at the Department of Engineering and Architecture, in addition to Professor Dario Voinovich and Beatrice Perissutti from the Department of Chemistry and Pharmacy.

“In drug research and development, it is yet not possible to predict in silico (i.e. by computer) the real performance of a formulation in humans. Normally, this is done by in vivo animal experiments” di Cagno explains.

“But we believe that with the combination of advanced in vitro (i.e. empirical) methods and advanced mathematical models, we can now change this, promoting a more sustainable research approach that reduces the need for in vivo experimentation to a minimum and still get equally adequate results. But this requires mathematical cutting-edge expertise far beyond our own basic Excel knowledge.”

Nor is the collaboration is dependent on physical exchange. The empirical experiments can be performed in Oslo, while the modeling is done in Trieste. Now joint applications for project support, as well as three or four scientific articles, are under preparation.

“At the same time, students can come here as guest researchers for shorter periods to learn our methods”, says di Cagno.

The exchange goes the other way too. A master's student from the University of Oslo is planned to visit Trieste in connection with an ongoing collaboration that di Cagno has with the German company Phabioc on the product PermeaPad®, which mimics organic membranes for use in product testing.

Di Cagno believes that Covid, with all its tragedy, has been a driving force in exploring new forms of collaboration.

“During the shutdown, when we could not do our experiments in the laboratory, we may have had to sit down and think in new ways. Thus, we may have reached a new, fruitful form of remote cooperation."